How to Stop Worrying and Be Happy

When my doctor’s office called me to book an appointment to review some concerns with the lab results of my recent physical exam, my immediate reaction was alarm. This had never happened before. In an instant, my mind projected all the possible things that could be wrong from slightly serious to gravely serious.

Why does the mind do that? Why, when faced with a situation that you don’t know or don’t have enough information about, does your mind project the worst possible things? How can you rein in the runaway thoughts and calm the emotions?

The River of the mind – Intellect and Emotions 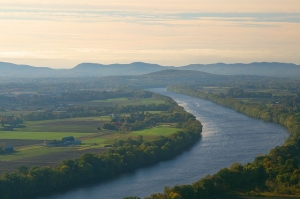 The mind has two aspects, the intellect and the emotions.

The intellect is made up of thinking thoughts that help us analyze, think rationally and make logical decisions. Emotions are thoughts about what we feel.

If you can visualize the mind as a flowing river, the waters would be the emotions and the rational thoughts of the intellect would be the banks.

The intellect is superior to the emotions and has the capacity to rein in an irrational, emotional train of thought just as banks contain and direct the waters of a river.

However, this doesn’t always play out as easily in our own experience. The emotional waters of our mind often overpower the intellect. The problem here isn’t that the emotions have taken control so much as the intellect isn’t strong enough.

When the intellect takes a strong stand about a decision, firmly convinced about the reason and logic behind it, the emotions placidly follow.

However, when the intellect isn’t sure, doesn’t know or have all the facts about something, the emotions jump in and project thoughts about what it could be. This happens naturally in all of us. My Guru, Swami Chinmayananda called this a ‘Manufacturer’s Defect’.

Once the intellect allows the emotions free flow, we get sucked into their dizzying madness.

Why think the worst?

A common question that arises is why do the emotions project the worst case scenarios? Why don’t we think about all the good things that could be?

Just as the waters of a river have a tendency to naturally flow downwards, the emotions flow in a downward direction. To lift them upwards, requires extra effort by the intellect. The intellect, therefore has to be reinforced.

The intellect feeds on inspiration and knowledge. To keep it healthy and uplifted when you need it, it has to be kept constantly enthused with positive company. This can be through what you read, hear or by engaging with happy, positive people.

Then, to maintain the intellect’s muscles, the positive ideas have to be thought of and reflected on, over and over again. So, as soon as the emotions start their worrying and speculating, the strong intellect can step in and stop them before they grow in number and craziness. *

This idea of constantly feeding the intellect with the right company and reinforcement is a spiritual discipline that I personally have adopted for many years now. But, life has a habit of throwing you a curve ball every now and then that shakes you up.

So, I did initially react with fear when I got that phone call. But, thankfully, I was able to stop the emotions as soon as I was aware of them.

The first thing I did was to reason that to worry and conjure up possible outcomes for the next two days until my appointment, would have been a total waste of mental energy that would make no difference whatsoever to the outcome. At the end, I would have to deal with the situation only after I knew what I was dealing with anyway.

It would have been as foolish as running back and forth in a slow moving train.

Every time a negative thought re-emerged, I acknowledged it but immediately engaged my mind with other things just as I would distract my children from their crying by bringing their attention to a toy.

If a thought was particularly disturbing, I would feel the emotion choking my throat. At that time, I would take a deep breath and surrender it up to the divine as I breathed out.

In this way, I was able to keep my emotions pretty much in control. However, the anxiety started to kick in again once I actually sat in my doctor’s examining room two days later.

There, the negative thoughts were particularly strong. Instinctively, I started to take deep breaths and literally ‘spat’ out the energy from those thoughts by expelling them sharply over my shoulder. Amazingly, this simple technique helped to shake off the energetic weight of those emotions and lighten my mind.

Ultimately, an important truth was emphasized – don’t pay heed to fearful thoughts coming from ignorance of a problem. They are simply irrational fears that very rarely come true.

The doctor had me come in to see her only to tell me I was slightly deficient in Vitamin D and B12. And nothing more!

* To read more about how to strengthen the intellect and daily reflection please read my blog post: How to find inner peace

World Peace—It’s in Our Hands

Detaching from Likes and Dislikes for Your Spiritual Growth